I am incredibly fortunate to have friends who love to travel and who like me well enough to invite me along.  My friends Lacey, Doug and Sunny wanted to go to St. Lucia.  I had a vague idea that St. Lucia was an island.  That’s it.  But these people are fun.  So I said yes.  St. Lucia was an epic trip.  The island and its people were beautiful.  It is a contrast of abject poverty and the wealthy tourism trade.  It’s history is ancient, deep and rich.  I had one week to revel in it.  One week was not enough.

There are many hikes on this lush island and we got as many in as many as possible on this trip.  It is important to know that there is a charge to hike on most trails in St. Lucia.  The charge is not prohibitive but a surprise to us none-the-less.  The goal on this trip was to hike the Pitons.  The Pitons are St Lucia’s two iconic mountains.  The smaller of the two is the Petit Piton.  While it is possible to climb the Petit Piton,  it is not legally sanctioned by the government of St Lucia.  You hike at your own risk.  The larger, the Gros Piton, offers safer hiking and reportedly has astonishing views.  Our hike took place March 14, 2017.

The Gros Piton is the second highest peak on Saint Lucia, after Mount Gimie.  It rises to a height of 2619 ft.  In June 2004, The Pitons were designated as a UNESCO World Heritage site.  A World Heritage site is defined as “a landmark or area which has been officially recognized by the United Nations, specifically by the United Nations Educational, Scientific and Cultural Organization (UNESCO).  Sites are selected on the basis of having cultural, historical, scientific or some other form of significance, and they are legally protected by international treaties. UNESCO regards these sites as being important to the collective interests of humanity.” (https://en.wikipedia.org/wiki/World_Heritage_Site)

The history of this Caribbean island is too vast a subject to try to address in this blog.  I do highly recommend digging into it though.  I spent several hours doggedly tracking down small and large pieces of information.  I love researching historical facts.  The information procured was both fascinating and horrifying.   What I hope to do here is discuss the history as it unfolded in front of us and impacted our visit and hike.

St. Lucia was first settled by the Arawak Indians around 200 A.D., though by 800 A.D. their culture had been supplanted by that of the Caribs (thus Caribbean Islands).  These early Amerindian cultures called the island “Iouanaloa” and “Hewanorra”, meaning “Island of the Iguanas”.  The Pitons were worshiped as gods by the Arawaks.  Petit Piton was referred to as Atebyra, and represented their God of Fertility, Food and Manioc (dried, leached cassava root).  The Gros Piton was called “Yokahu” and represented their God of Fire, Thunder and Rain. 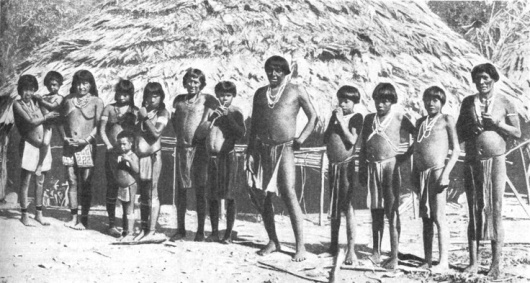 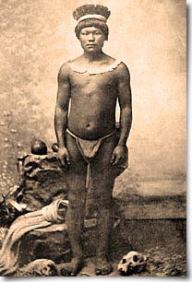 There is documentation that Christopher Columbus sailed around St. Lucia in the early 1500s.  However, there was no European presence established on the island until it settlement in the 1550s by the notorious buccaneer Francois Le Clerc, or “Peg-Leg”.  Peg-Leg Le Clerc set up a base on the island from where he could prey upon unsuspecting and treasure-laden Spanish galleons.  He was famous (infamous) because he was incredibly successful and he had that storied peg leg.  Francois Le Clerc holds position 13 in Forbes list of Top 20 Earning Pirates of all time. Yes, its a thing!! (https://www.forbes.com/2008/09/18/top-earning-pirates-biz-logistics-cx_mw_0919piracy.html) 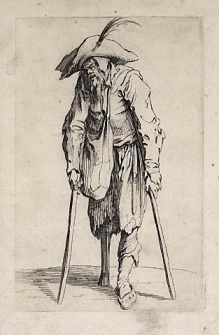 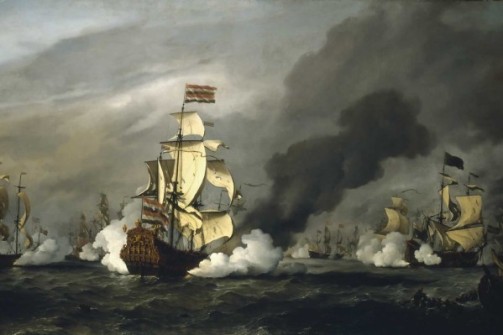 The first to attempt at colonization by Europeans occurred in 1605 and 1639. Both were groups of English colonists who failed in their attempts to settle in St. Lucia.  They were killed or run off by the resident Caribs.  By the middle of the 17th century the French arrived.  They were successful in establishing the island’s first European settlements beginning with Soufriere in 1746.  By 1780, the French had established 12 settlements and a large number of sugar plantations.  In 1778, the English made their first attempt to take the island from the French. There was a lot of money to be made from the sugar crops and the British wanted control of the crops.  The island changed hands between the French and the British 11 times between 1746 and 1814.  By 1814, after several incredibly destructive battles, the English took over final control of the island.  This may, in part, explain the languages used in St. Lucia.  The official language is English though 95% of the population speak Saint Lucian Creole French.  St. Lucia is now a sovereign nation becoming independent from the United Kingdom February 22, 1979.  These battles between the English and French tragically eliminated the indigenous Carib population.  The English and French also introduced the heinous institution of slavery to work the sugar plantations, changing again the ethnic makeup of the island. 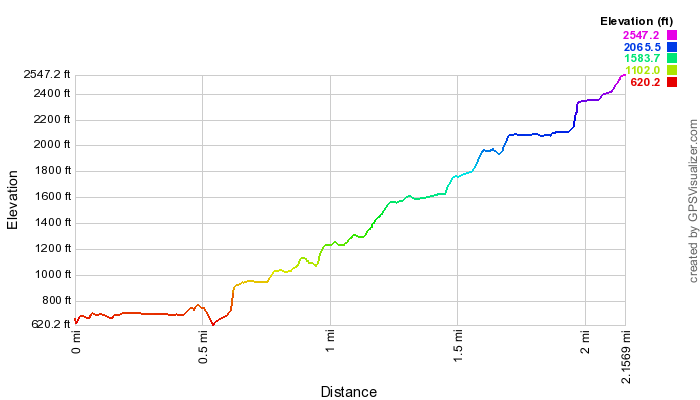 The Gros Piton is located 3 miles south of Soufriere on St. Lucia’s west (Caribbean) coast. The trailhead is about 45 minutes north of the big airport at Vieux Fort by car and about two hours from the Castries.  To get to the Gros Piton you must first go through the community of Fon Gens Libre which means “Valley of the Free People”.  There you will find the Interpretive Center at the Fon Gens Libre.  This is where you pay your fees, go through orientation and meet your guide.  The Interpretive Center is small and is filled with displays of local geography and geography.

It is best to start early to beat the heat of the afternoon. Our driver Herman took us to Fon Gens Libre but you can also take a rental car or taxi.  Note: you drive on the left side of the road in St. Lucia.  It was unnerving initially.  After careful consideration we decided to hire a driver each day to get around.  It is about 40% more expensive than renting a car.  It is worth it.  Our drivers were great historians, knew how to get around so we never got lost, escorted us around local markets and EVENTUALLY lead us to local restaurants.  By day three we were experiencing delicious local foods.

Jason was our guide.  He is a native of Fond Gens Libre and has been working as guide for 6 years.  He usually does the hike twice a day 6-7 days a week.

When you depart you quickly make your way to a staircase of volcanic stones.  Jason took us a little off-trail to see a historical landmark just before reaching the half-mile mark.  At one time the pictured volcanic rock was actually a cave.  It was one of the hiding spots of the slaves involved in the storied slave revolt of 1748.  There are smoke stains on the wall of this rock which seem to lend to the authenticity of the story but were most likely from modern fires.

Between the 17th and 18th century,  thousands of slaves were brought to the island, primarily from Senegambia, Africa.  In 1748, the island slaves engaged in a revolt against the plantation owners.  These slaves took refuge in the Piton Mountains and the surrounding valleys including Fond Gens Libre.  The rough roads that still exist in the area are a testament to the difficulty of the journey for those who traversed the mountains during the rebellion.  The mountains provided excellent hiding spots for the slaves and freedom fighters.  The depicted cave was one such hiding spot.  Many of Fond Gens Libre’s residents are direct descendants of these people.

In 1807 the African slave trade was abolished, though the institution of slavery did not end on St. Lucia until 1834.  As of 2013, people of African descent are the majority of ethnic groups in St. Lucia.  They make up 82.5% of the country’s population.  An additional 11.9% of the country is multiracial, predominantly of Afro-European and Afro-Indian descent.

We left the historical site and continued on the trail to the peak of the Gros Piton.  When we received orientation, we were told that the first half of the trail was moderate and that the last half was strenuous.  I went into this hike thinking it would be easy.  How hard would it be to do two miles?  Much harder than I anticipated.  I believe that for most hikers, this hike is strenuous.  There were several people on the trail that turned around at the 0.5 mile and 1.0 mile bench markers.  Take your time, climb over the volcanic rock carefully.

The hike is marked by benches to rest on each 1/2 mile.  The rocky start of the trail quickly becomes a tangle of roots which served as stairways.  It was hot the day of our hike, despite the early hour.  The jackets quickly came off.

So why is this hike so tough?  There are no switchbacks.  All of the elevation gain is straight up.  And you are at times stepping up 2 to 2/12 feet when going up rocks.  The hike was difficult as evidenced by our appearances at the half way point.

So onward and upward

At about the 2000 ft level the vegetation changed and became much more lush.  There is much more rain at the top of the mountain.  You walk into a damp, dripping, enchanted forest.  The mist and rain was a welcome respite from the heat.

Finally, with the acrid smell of marijuana filling the air, we approached the top.  Just below the peak, there was an encampment of Rastafarians selling fruit and smoking ganga.  The Rastafarian culture began to spread in St. Lucia in the early 60s.  Many of the believers looked on the Pitons as a place to remain true to their religious ideals and  move away from “Babylon”.  I read a few scary stories about this area online, reporting aggressive behavior directed toward hikers.  Our group was by-and-large ignored.  Jason quickly led us to the top.

It was raining and cloudy, so we had no view from the peak.  But it was so exciting just to get there.  Jason was eager to get us back down, so our summit did not last long.   I found his guidance invaluable on the trail.  He sheperded us safely up and down the moutain. We stopped at his aunt’s place and had drinks and icecream and then he led us back to the Interpretive Center.

The Gros Piton was a very difficult hike though I believe that it can be completed by most travelers.  The people we met along the way were lovely.  I recommend this hike for anyone who finds themselves on the island.  As a post-script, the below picture depicts  one of the bedrooms in my villa at the Crystals, The Mango.  The day after doing the hike, I nearly fell on my face in this room when getting out of bed.  My right leg gave out.  My right leg did not function for two days.  I believe I dragged it behind me.  You have to admire lefty for letting righty do all the work.

We left the Crystals two days after the hike to move on to the Marigot Bay Beach resort.  On to more adventure and more hikes.

View all posts by ariesmoonadventures